Pseudo-Abstract:
A new Google game, Ingress, is discussed along with some of its implications for the narrowing divide between various domains of human experience.


A recent post by Rachel Metz of MIT Technology Review discusses a fascinating new Google app: Ingress. Ingress puts the player in an epic battle for a newly discovered resource, exotic matter, which is distributed throughout the world. Naturally, the nodes that spill this matter into the world, key tactical positions for either team in the game, are conveniently placed on landmarks and other useful locations. Thus, by playing the game, people flood Google with an endless wealth of location-based information. Genius.

By integrating game and application, Google successfully takes an excellent step into the realm of augmented reality. As I have mentioned previously (1, 2), this domain is ripe for exploration and Ingress is certainly at the forefront of this work.

What is central to this exploration is a fusion in the divide between domains we normally consider separate like game and application. This fusion is possible because the divide, though once very real, is becoming increasingly illusory. The human-machine distinction is becoming all but absurd. 'Real life' is so artificial that most people 'play' themselves while living in fictional realities that they find more meaningful. The result is a convergence of sorts towards something like a singularity: a world in which humanity 'plays' the game of life, the good and the bad, purely for the sake of enjoyment and the base needs of all are met merely as a byproduct of this game.

The Battle of OSes: Valve vs Windows (Round 1)

Pseudo-Abstract:
The post discusses the changing technological landscape. Using a fake claim that Half-Life 3 will be exclusive to Linux as a leaping point, it seeks to imagine what the industry might look like in the not so distant future.


Some time ago I read a post in which Gabe Newell, director of Valve (Half-Life 2, Portal, Left 4 Dead), scathingly stated:


I think Windows 8 is a catastrophe for everyone in the PC space. 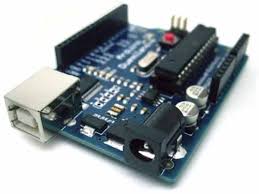 And, this got me thinking... With the current changing digital market, the technological world may be on the threshold of a radical differentiation. Hardware is becoming increasingly cheap to make and thereby offers new frontiers of exploration (see my previous post, this post [overview], and this post [example]). Portable devices (e.g., smartphones) are ever increasing their power and potential, thereby radically displacing various markets. Google has exploded into the portable device scene (e.g., Nexus 7), is setting the stage for new technologies (e.g., Google Glasses), and may even break into the OS market. Microsoft is shifting its emphasis to portable devices with Windows 8 and following in Mac's footsteps with the 'Windows Store.' In a nutshell, the world is bound for a big collision as these monster companies begin to tread on each other's domains.

When I saw a post that suggested Half-Life 3 might only be released for Linux, I jumped entirely on the bandwagon. It turns out that the post is a fake, but it did inspire some additional thoughts.

Casual users will slowly migrate entirely to portable devices as the current problem of peripherals (e.g., keyboard, mouse) and screen size basically disappear (see Google Glasses and Leap). Businesses will transition to integrated peripherals (i.e., scaled up versions of the portable tech) with cloud based operating systems offering both a distributed and centralized solution. The only remaining market for the nostalgic personal computer the world has come to know and love will be power users and tech junkies. Capitalizing upon ever newer and more powerful open source and underground hardwares, these folks will emerge from the overclocking scenes. They will remain with the tried and true PC simply because it can push more, harder, and for cheaper than any portable device. 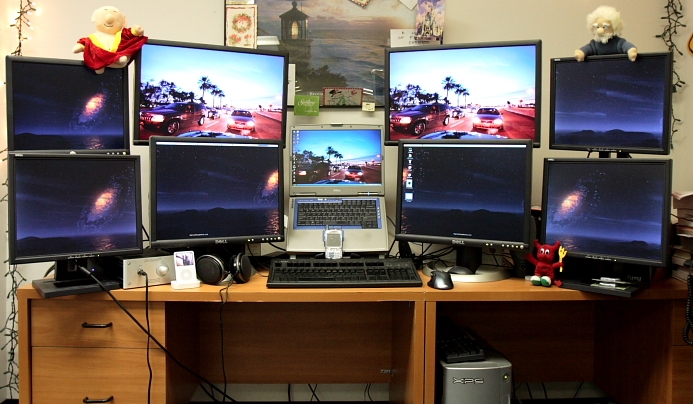 What this story illustrates is an inevitable 'heightening' of an already present divide in the digital community between the 'casual' and the 'knowledgeable'--those that breathe tech being immersed in it; and, those through which the tech breathes being indifferentiable from it. That is, in the future, tech will be so central to the world as it functions (see my previous post and Kevin Slavin's TED Talk) that one's proximity in their understanding produces a difference in socio-cultural kind. And, this should play out in the gaming industry.

In the context of games, a move like Half-Life 3's exclusive distribution on Linux will make sense. The mainstream power gaming industry will have vanished with the transition to portable tech, and Windows/Mac will be all but non-existent. Their continued perpetuation in PCs will be propagated by the few remaining stragglers operating outmoded technologies (i.e., those who are still using Windows XP/Power PC or earlier, today, without explicit justification).  Linux will be the only thing that makes sense on the hardware monstrosities that persist at such a time. And, it will hold the entire share of the remaining 'gamers,' a species that is rapidly disappearing in the mobile/casual gaming of the contemporary scene (1, 2, 3, 4).