A Reply to Lewitzky

Pseudo-Abstract:
The work uses Jozef Lewitzky's clever comments as a leaping point to engage with the in between spaces suggested by the previous work on the problem of free will in a machinic world. It is suggested that network-centrism is not a deified human-centrism but, rather, a foreign territory with a full gamut of its own complexities. And, these complexities are largely incommensurable with current human perspectives. 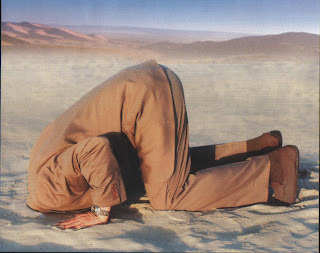 I would like to start by saying that Jozef Lewitzky's comment to Deepening the Narcissistic Wound is an excellent series of thoughts in its own right. I will address each in turn.

Disregarding the Individual:
Lewitzky's observation that emerging network-centric intelligences necessitate the deconstruction of humanity, individualism, and intelligence is a case in point. Yet, one must question whether or not these intelligences are in fact "higher." It seems, rather, more suitable to argue that these intelligences are just 'different.' And, that this difference is unsuitable for the human-centric mentalities of the passing era.

Progress to Obsolescence:
There are many layers to Lewitzky's point here. First, the "I" is an elegant indication of the past age. And, though "I" am all for its annihilation (a contradiction in itself), this annihilation can only ever be partial. Much as the child decentrates from their personal, concrete perspective on the world to the logico-mathematical frame of abstractions, the new perspective never fully disregards the old. And, in various contexts, the child may return to this prior age in order to better frame a new problem. Similarly, the "I" is here to stay. Yet, the containers of that "I" must learn that it is not the only way and it is not even the best way in certain contexts of being. Though "I" will always be "I," the inability to imagine a world without "I" can only lead to a permanent ignorance of the new era.

On augmentation, humanity has already succeeded and continues to do so. The degree to which the flesh has become such a pervasive obsession seems to indicate the degree of this success: the body cannot be a fetish to those that necessitate it for subsistence. Like water to a fish, as 'they' say. The argument is that this fetishism is not necessary for persistence. Rather, the body will last as long as it is necessary with or without the over-attachment that is rampant today. And, one would expect that there is a very real possibility it will never completely be obsolete. As plants and animals 'feed' the life forms of more complex systems, humans may be necessary for the subsistence of machinic lifeforms. What is a computer virus without the largely human-centric relations that maintain it. 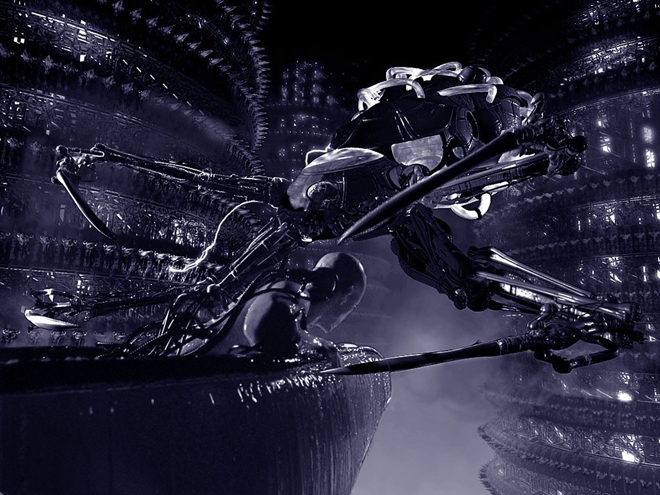 Praising Limitation:
Lewitzky's positive valuation of limitation is already a sophisticated position. The intent is not to challenge it here. Nor should one expect it ever to end. Networks have limitations just as humans have limitations but they are incredibly different. To cast them in humanity's light, to anthropomorphize, would be a major failing. 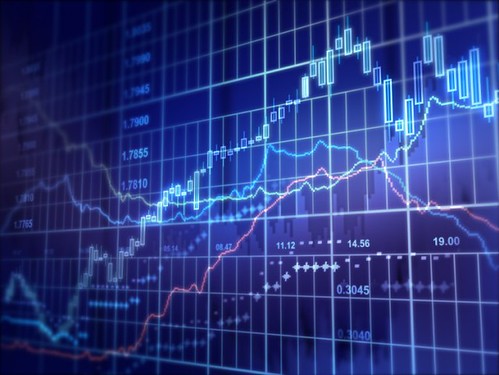 Self-reflexivity, however, is not of this form. The distribution of a peer-to-peer network as the members converge upon their identity and action as a network may be indicative of such reflexivity; though, the system really rides the cusp of the sapiens machina. To stray further into the alien, the convergence of the algorithms that trade stocks at speeds well beyond human capability may act and interact within their own system of relations in ways that warrant a description as 'reflexive.' Yet, to describe either network as an individual redefines the term so far outside its normal boundaries that any classical associations are incoherent. To 'localize' some portion of a broader network, in contrast, may well be a worthy endeavor that is devoid of the connotations and associations of the human-centric 'individual.'

Though the valuation of these things to a network is completely incomprehensible to me, the assumption that this valuation does not exist is the epitome of human-centrism. It is the human way to 'Other' all that it is foreign and unfamiliar. What needs to be done instead is find a way in which to communicate, much as one might when meeting a foreign 'human' culture.

Doomed from the Start:
Lewitzky is absolutely right: there is something 'human' that cannot be extracted from a network. And, it was a failing of the previous work to suggest otherwise. It is incredibly challenging to critique the old framework without setting oneself in opposition to it. This is why the annihilation, or perhaps abandonment, of the very distinction between humanity and machine was proposed; though, this probably just seemed contradictory when compared to the original, apparent opposition.

Accountability, on the other hand, is of the utmost importance in this new framing. It also offers an interesting insight into the problem of individuality. As an example, take the PirateBay and all similar facets of the industry of digital piracy. Acts of centralized justice on this force have been largely impotent. And, the imposition of contemporary propaganda on the individual fares similarly. Personal accountability distributed through a decentralized framework has no efficacy. Any solution, if it is to come about, must operate on a different level of organization that is entirely contrary to current, individualistic thinking. For better or for worse, such decentralized 'organizations' will continue to persist along with contemporary human biases. 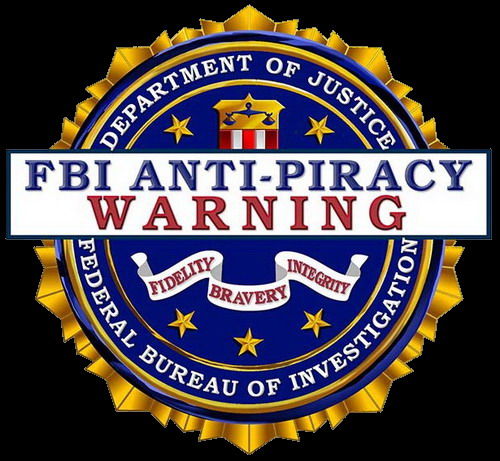 It is unclear whether all of this means the prototypical human is "doomed." Was the plant doomed when animals emerged? Are animals really 'higher' life forms? Or, perhaps, the hierarchy is misconstrued. For, in death, all animals, including humans, are but the food that enriches the soil of our ancestors.

Pseudo-Abstract:
The work seeks to prevent a wide-spread misconception of the changing contemporary landscape: the belief that personal free will is the saving grace of a world run by machines. This idea speaks to a failure of the organism as it represses the utterly foreign nature of the emerging world. Steven Johnson's idea of the 'peer progressive' is examined as a better explanation of the new scene. This leads to the proposal that outmoded concepts like individual, humanity, and intelligence are best discarded. Only then will people make their place in the new world.


The stimulus for this post comes from Greg Satell's piece on the Evolution of Intelligence. The work starts off quite nicely by posing critical questions about intelligence and then extending it into the machinic domain. Admirably, it does not shy back from some of the harder implications:


Nevertheless, intelligence is something we admire, both in ourselves and in others.  It has been considered for most of history, to be a uniquely human virtue.  So it is unnerving, even terrifying, when we encounter other types of intelligence.  From crowdsourcing to computers performing human tasks, we’re going to have to learn to make our peace.

The terror that the author describes has been of particular interest to me along with any ideas that point to the decentration of the human position (1, 2, 3, 4). Thus, it was all the more disheartening when the author acquiesced to the popular human tendency to flee such tension with his closing remark:


In the future, our world will driven by machine intelligence, but our choices will remain our own.

This suggests a problem of some significance: the re-appropriation of extra-human phenomena in human-centric terms. In the history of science, this type of ad hoc appeal is an indication of a dying discipline. Yet, the pseudo-resolution it offers to those faced with the terror of an emerging systemic re-organization is so incredibly tempting that the idea is best classified as incredibly dangerous. Thus, this post will hopefully serve as an ideological inoculation of sorts to the inherent problems of such ad hoc commitments.

Interestingly, Satell's defense of his position through the use of Steven Johnson is all the more confusing when one examines the latter's claims. Johnson, a brilliant thinker and writer on a vast array of technologically related topics, has recently released a new book, Future Perfect, that seems to demonstrate the exact opposite of 'free personal choice.' In its place, one achieves the "peer progressive." To quote Johnson:


Inspired in many cases by the decentralization of the Internet, the movement uses the peer network as its organizing principle, with no single individual or group "in charge."

Thus, it is unclear how--to use Satell's words--these "faceless masses" of decentralized networks propagating themselves with the very hardware that embodies the terrifying foreign intelligences could possibly uphold the individual wills of its constituents. The etymological parallels between decentration and decentralization should speak to the absurdity of this perspective.

Satell's claim that human intent may still exists in these networks seems more coherent. Yet, the folk conceptions of 'humanity' or any conception that can even marginally suggest the possibility of primitivism is certainly not a part of this coherence. Human without machine is a fantastical concept that, at best, belies mankind's over-attachment to their own personal meat puppets. Thus, when taken with a more sophisticated conception of the human-machine system, Satell's observation about intent is almost entirely devoid of content. Human intent is machine intent as there is no distinction of kind. 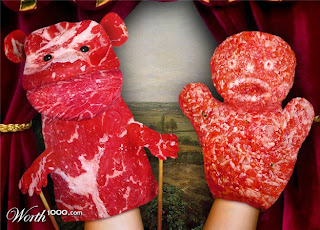 What it takes to "make our peace" with this budding new era of the 'peer progressive' is not an appeal to such time honoured ideas as "choice," but rather the annihilation of obsolete ideas like individuality, humanity, and even intelligence. There has never been an individual apart from the group, a human apart from their technologies, or an intellect apart from the vast collection of systems (e.g., emotion) that support and motivate it. These false dichotomies, though real and relevant in past characterizations of the world, hinder the current development of the species, if not its progress. It is not my goal to oppose them for that would simply perpetuate the dichotomy. Instead, I hope to indicate that we already know what they lead to and where they lead is not useful in a network-centric world.